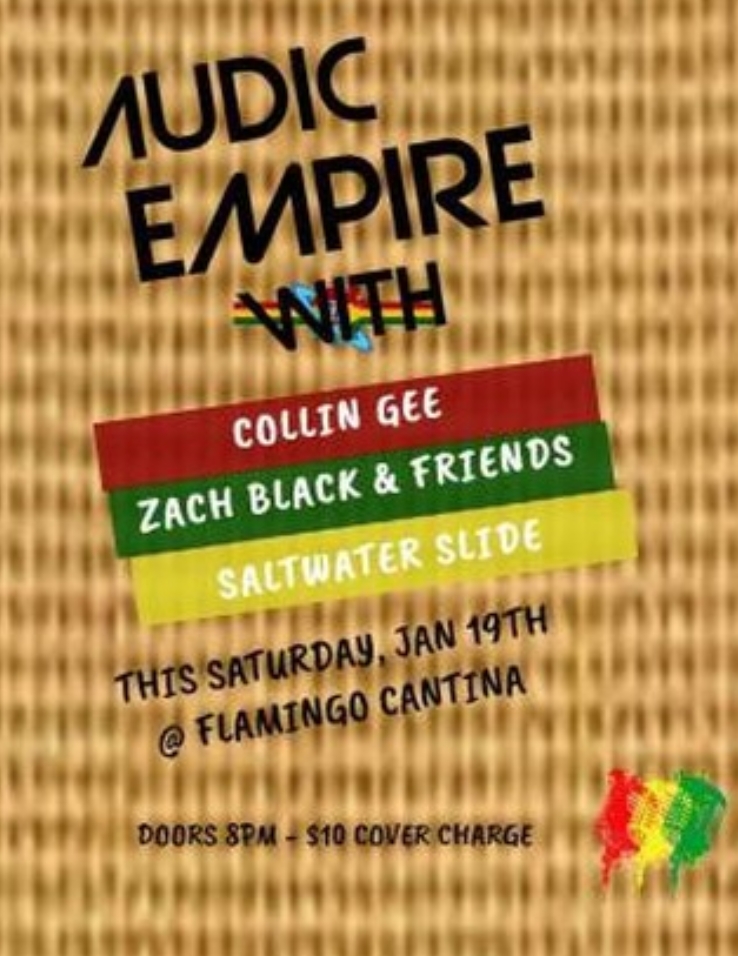 Audic Empire was formed in late 2010. Since then they have been turning heads in the Austin music scene with their psychedelic, Reggae/rock and feel good tunes. They have a high intensity performance and an astonishing sound with the contrast of two singers, their Red Hot solo Guitarist, and rock solid rhythm section. Audic Empire has played with numerous great artists and festivals. With the rapid growth of their reggae/rock sound, Audic Empire is on the rise with their journey to produce a unifying sound wave of love and music.