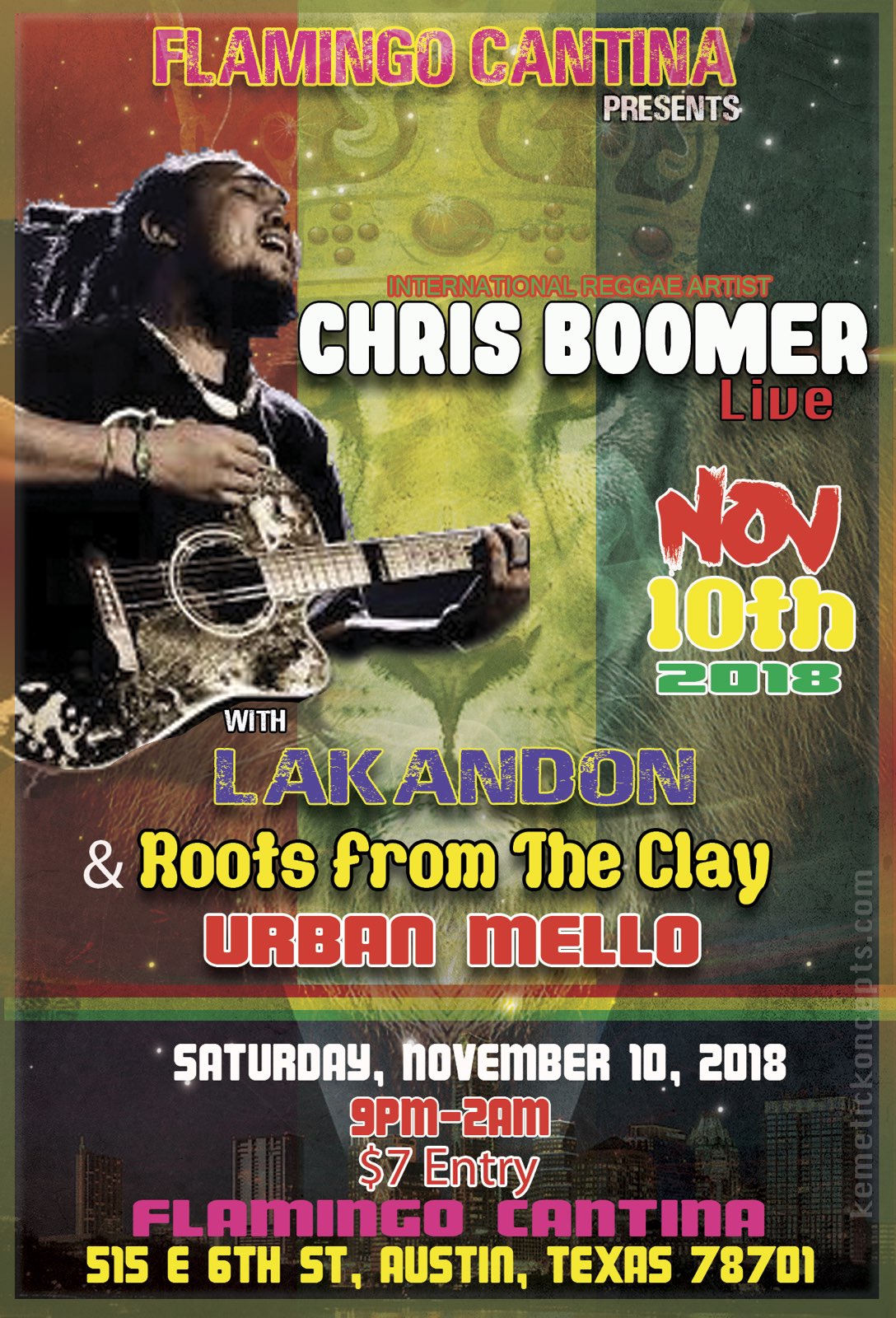 A humbling past and a never promised tomorrow, was the drive of Chris “Boomer” Unchangco. Born December 24, 1985 on the island of Guam; the southern most island in the Marianas Archipelago; where Chamorus have been the Native inhabitants for over 4000 years; where FAMILIA *Family* and RESPETU *Respect* are the upholding forces of Chamoru culture; where Chris Boomer grew to be a man, a singer, a songwriter and a performer. Chris learned a life of music in Guam; he played with his family, he played with his friends… People stopped calling him Chris and started calling him Boomer. He enjoyed much local notoriety for his amazingly soulful and mesmerizing voice.