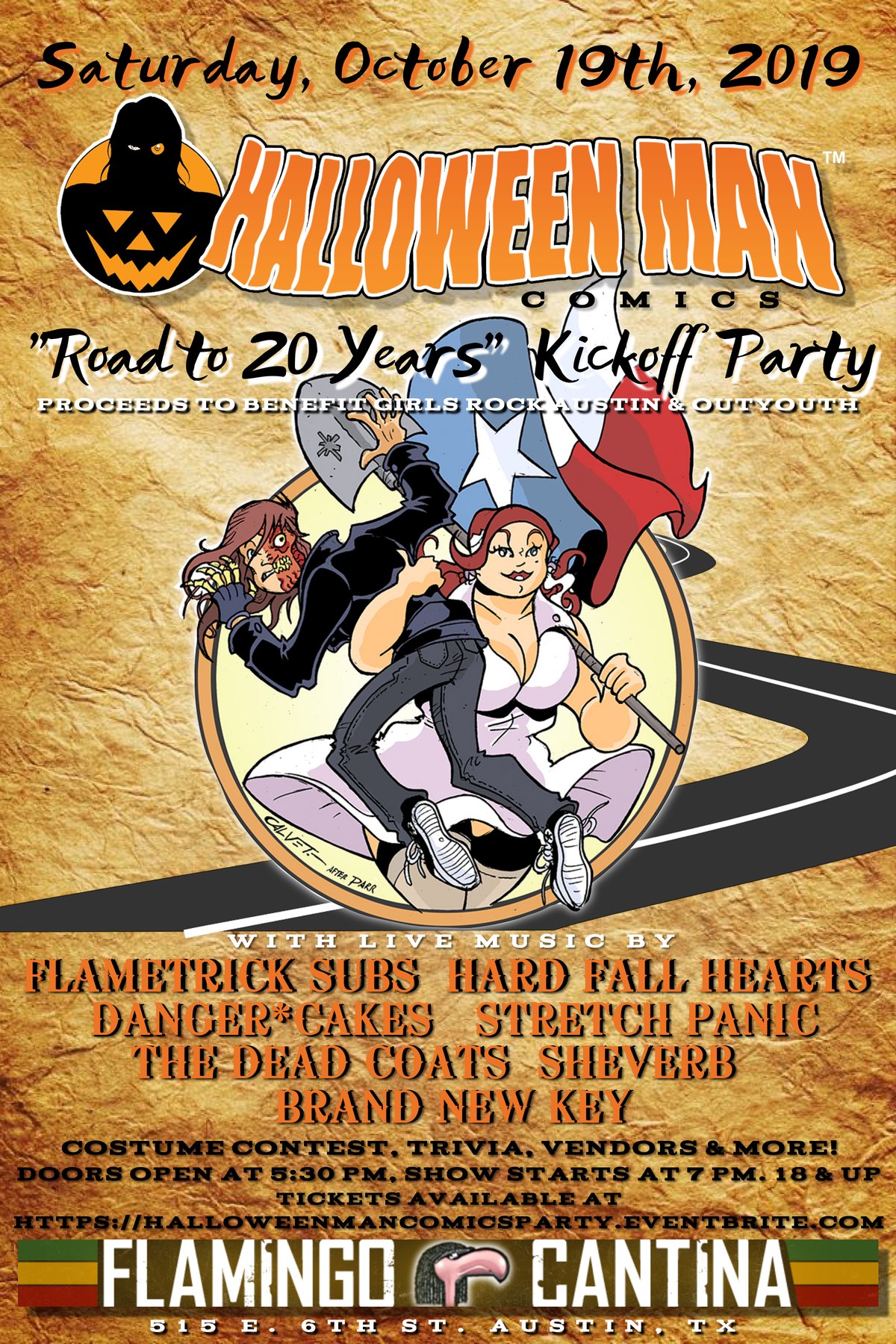 First published on October 31st, 2000, the comedic Adventure/Horror comic book series, Halloween Man tells the tales of Solomon Hitch, a half-man, half-zombie superhero with the power of the horror movie sequel; so he always comes back! Together with his sassy scientist girlfriend, Dr. Lucy Chaplin, they battle everything from vegan vampires, steampunk mummy-pirates, the Loch Ness Monster and even the Invisible Man. The Halloween Man universe is centered around Solar City, Texas; a retro-futuristic metropolis, built on the ruins of Dallas metroplex.

The Halloween Man production team is proud of its diverse cast of characters and its placing of women, trans and people of color in roles that break the mold on traditional and stereotypical tropes, garnering attention from various news outlets, websites and magazines, including NPR, Broken Frontier, Rue Morgue Magazine, and VolUp2 Magazine. The Halloween Man team strives to reflect the diversity of its characters and consists of artists of various physical, racial, gender and sexual identities from all over the world, including Australia, Brazil, Chile, Canada, England, Spain and of course, right here in Austin. Last year’s “Bat City Special” was an homage to the City of Austin and featured all Austin-based artists.

Proceeds from the party will benefit local non-profit organizations Girls Rock Austin and Out Youth.