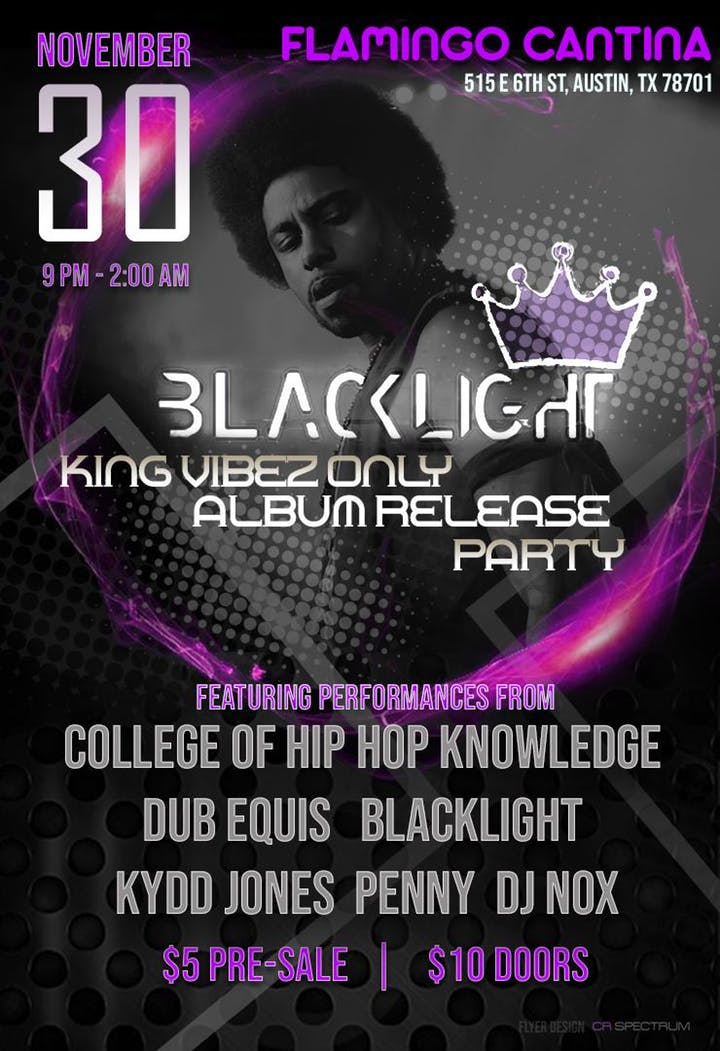 Celebrate the release of BlackLight’s debut album with some of the best live Hip Hop bands in ATX plus chances to win free merch and drinks!

Join the event on FB here!

BlackLight’s debut album, “King Vibez Only,” is a collective reflection of his daily slogan – “Make a way for yourself, and don’t let anyone slow down your hustle.”

Born Reginald DeVore, Jr., BlackLight is an American independent Hip Hop performing artist from Austin, TX. His style of Hip Hop leans into conscious rap as necessary and comes full circle with contemporary anthems. BlackLight’s 2017 release, “Colder,” and 2018 release, “Crying AF”, both placed semi-finalist in the Unsigned Only International Songwriting Competition, and this year he hopes to take his newest project further in the competition. The King Vibez Only Tour brought BlackLight as far as Honolulu Hawai’i, and reaches it’s culmination at the Flamingo Cantina in Austin, TX on November 30. The album is set to release on December 1, 2019.

In celebration of his album, some of the most talented Hip Hop artists and producers in Austin, TX will be performing, such as: