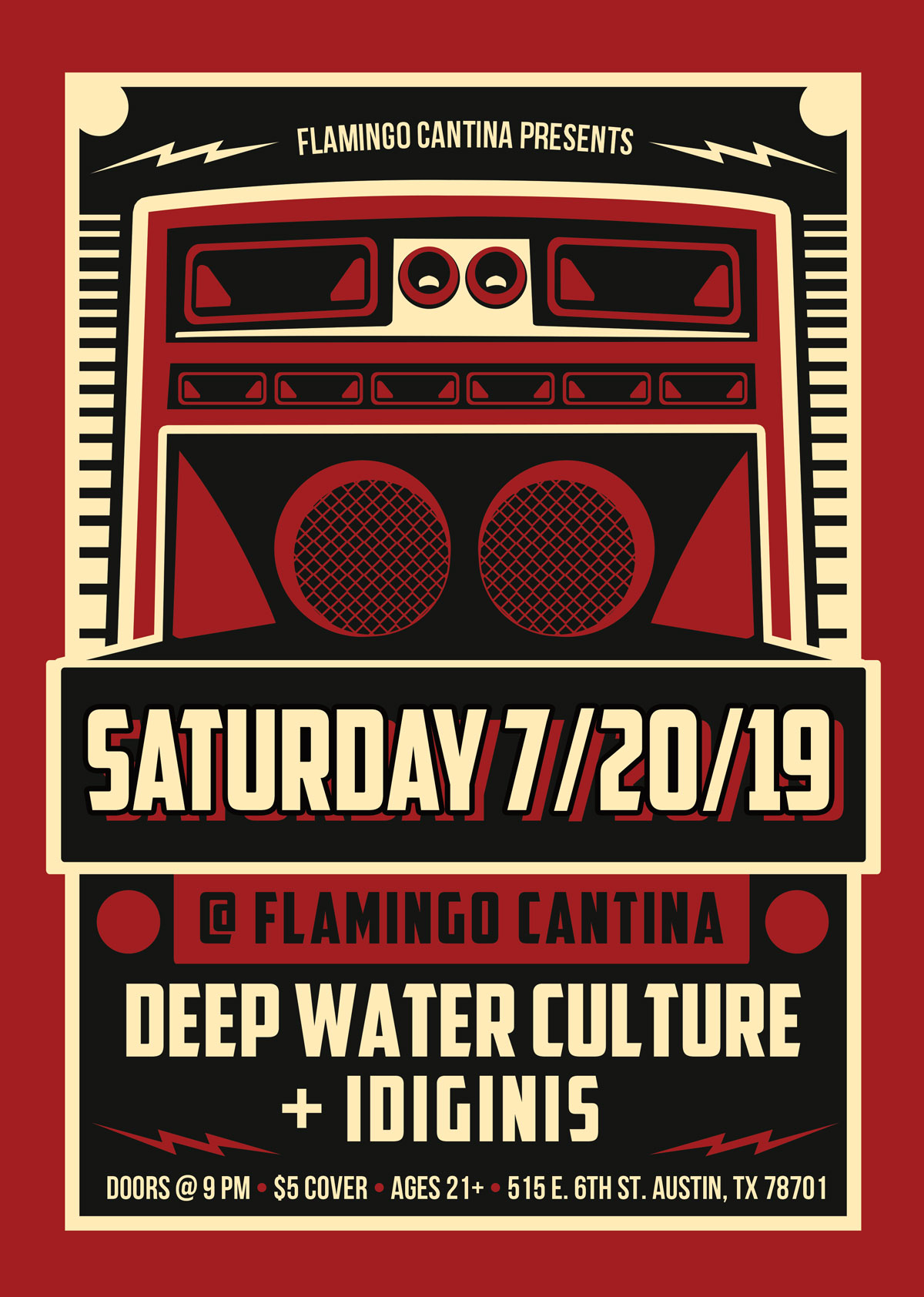 * IDIGINIS:
Roots Rock Reggae band influenced by Peter Tosh, The Wailers, Steel Pulse, Groundation, Third World, and many others. Idiginis is a Houston, Texas-based reggae band that began in 2008. Since the beginning, Idiginis has remained true to the traditions of Reggae music while adding a little Texas flavor. Started by Aauzraam Levi, the band’s lead vocalist, rhythm guitarist and songwriter, Idiginis has added many new members along the way while still maintaining the original sound. The band currently consists of 6 musicians, including Dizzy Bootz (Bass), Osakwe Rikondja (Lead Guitar), Jomo Kore (Percussion), Nevelle O’Brady (Drums), and Michael Phillips (Trumpet & Vocals).

Idiginis has consistently been one of the top reggae bands in Houston by continuing to make and perform the hottest original reggae music for over 10 years. In 2009 the band released their self titled EP, Idiginis, which gave the band an impressive start. Then in March of 2013 the band released Suspended Animation which was the band’s first attempt at a full CD. Suspended Animation got the people’s attention and demonstrated what Texas roots rock reggae is all about. In March of 2015 the band debuted their CD, Decisions, which showed their maturity as a band landing the band an opportunity to open for The Wailers at House of Blues.

The band has seen many bands come and go, but one thing you can count on is Idiginis being there to represent Texas Reggae. Look out for our new self titled CD Idiginis coming out Summer 2019.