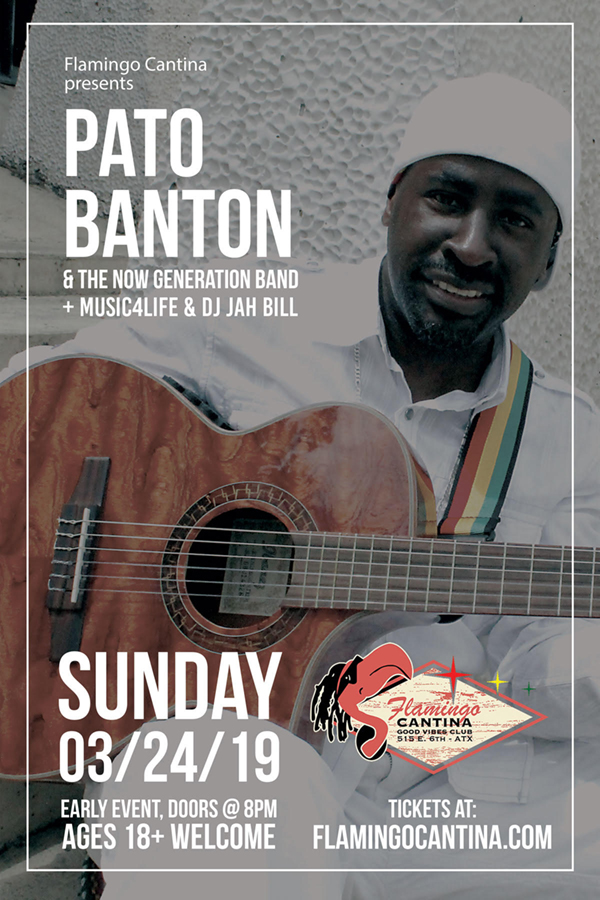 A Pato Banton concert is an event not to be missed and an experience not to be forgotten.

Positive Vibrations abound with a beat to keep you on your dancing feet, while Pato delivers a message that is food for the mind and soul. Many have considered his charismatic performance as live theatre where no show is alike and audience members become participants in the experience. Pato dialogues with the crowd on a range of topics including current day events and spiritual freedom while keeping the vibes upbeat and fun! The direction of the concert is totally based on the feedback Pato receives from the audience as there is no fixed set list. Many have said that the positivity generated from the stage has changed their lives forever. Sometimes Pato invites his fans to join him in a prayer circle after the show, where some have cried while sharing their stories of contemplated suicide, isolation after losing a loved one, struggles with substance abuse and how their personal connection with Pato has given them the strength to “Stay Positive” & “Never Give In.”