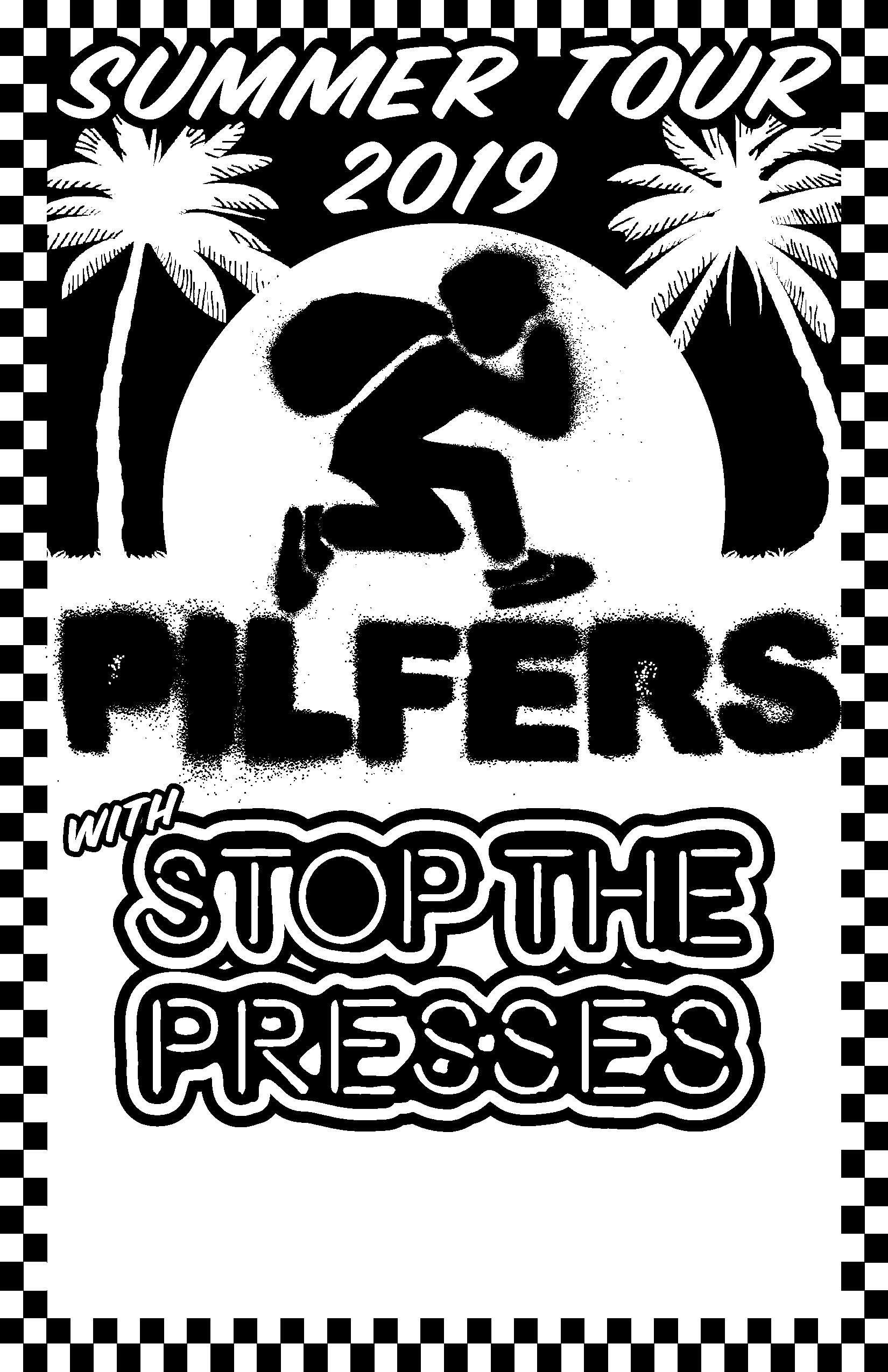 Formed in 1997, Pilfers has toured internationally with the likes of Bad Brains, Zebrahead, Reel Big Fish, the Specials, Madness, the Mighty Mighty Bosstones, Amazing Royal Crowns, Mustard Plug, and Goldfinger. Pilfers released two albums including a self-titled full-length and Chawalaleng (Mojo Records). In the summer of 2001, the band broke up over various differences. Since 2005, the original line up has come together for several sold out reunion shows along the East Coast for their devoted fans.

In 2013, Pilfers hit the road with Reel Big Fish making new fans across the U.S. and Canada. The strong demand for more from their Pilfers Crew and their love for playing intense live shows has them hitting the road more frequently. Pilfers are currently recording new songs for an upcoming full-length album. Stay tuned for big t’ings to come!

Stop the Presses is ska/reggae with a retro-pop and new-wave persuasion from Brooklyn, NY.

Stop the Presses began in 2010 in the Miami suburb, Hialeah, FL and released their first EP “Does it Still Look Pretty” in 2011. After years of touring all over Florida, releasing their second album “Eskandalo” in 2013, and playing at the Vans Warped Tour (California dates) in 2014, song-writers Ali Culotta and Danny Portilla relocated to Brooklyn, NY in 2016 to put together a new band and release an album with a classic retro vibe. After their debut show in 2018 at the Van’s Warped Tour in Holmdel, NJ, Stop the Presses has been busy touring multiple cities in the North East like Philadelphia, Providence, Portland, New London, and Washington D.C, anticipating the release of their latest album “Money In the Bank”.

Stop the Presses has been honored to open for the following bands; The Mighty Mighty Bosstones, Less Than Jake, The Slackers, Reel Big Fish, Badfish, Crazy and the Brains, Fishbone, The Supervillians, Ballyhoo, Authority Zero, The Expendables, and Big D and the Kids Table.