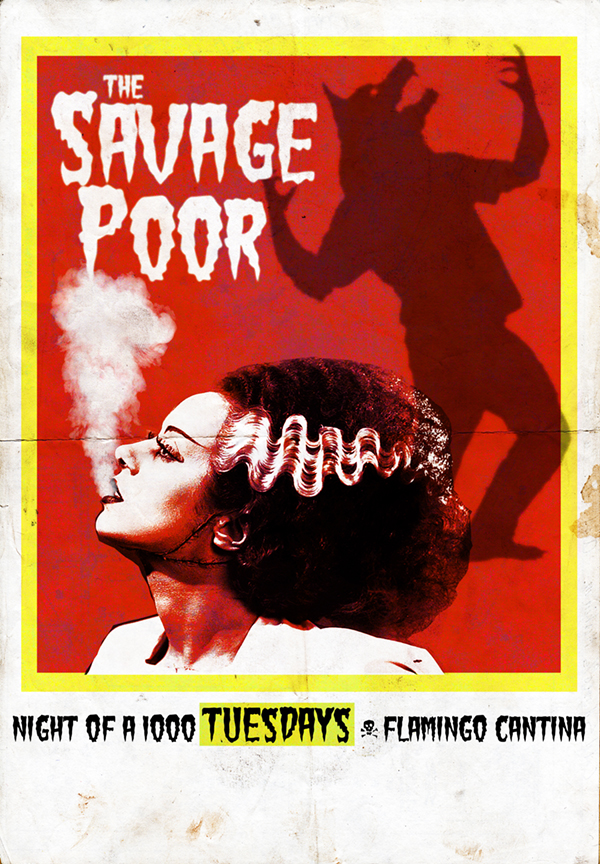 “If you stuck the Replacements, David Bowie, and John Prine in a blender, slowed them all down with some codeine, and let them stumble woozily around, you’d get The Savage Poor’s The Grown Ups.” – No Depression

Hailing from Austin, TX, The Savage Poor is the band project of brothers Jeff and Ben Brown. Growing up in central PA, Jeff learned to write songs as a teenager by listening to Ramones records, while Ben learned on his own studying David Bowie. In their early 20’s they decided to join forces and began playing and writing together. The Brown brothers have always been infatuated by the excitement of American rock n’ roll and the cinematic soundscapes of British post punk and indie music, with one foot in the world of The Replacements and another in The Smiths, with the literary influence of Lou Reed and the rainy day dreams of The Cure. Being based in Texas, Jeff and Ben feel that the eclecticism of Doug Sahm and the opera of Roy Orbison has also been an influence on their music.

Their current release “The Grown Ups” was recorded at The Shire in ATX. It was produced, engineered and mixed by Christine Smith (Crash Test Dummies, Jesse Malin, Ryan Adams & Marah.) The foundation tracks were recorded completely analog in PA by Smith with David Bielanko of Marah. Special guests on the record include Keith Langford (The Gourds, Shinyribs) on harmonica and Jeff Johnston (Ramsay Midwood) on saw.

“The Grown Ups” is a subversive and eclectic album informed by the passion and possibility of rock n’ roll, that takes a hard look at the here and now of modern life. Songs range from the explosive and humorous “Night of a Thousand Tuesdays,” that ponders the greatest horror movie of all – endless weeks at a meaningless job – to the gentle and haunting title track, which is an explanation from an adult to a child about why adults haven’t left the world a better place for them. The songs delve into both the explicitly political and the extremely personal. “That’s How the West Was Lost” is two and half minutes of exuberant pop, steeped in the soundscapes of a Spaghetti Western, that deals with America’s original sin in the exploitation of Native peoples. The 8 minute sonic death march of “Hand Coming Down” is a gloomy, gothic romance from the point of view of someone coming of age in the modern world.

Jeff believes that “the best records always straddle the line between accessibility and mystery. Thematically I knew that we wanted to make an unsettling record that spoke to the insanity of modern America, but more poetic than topical in its approach. The records that I like all have something to say.”