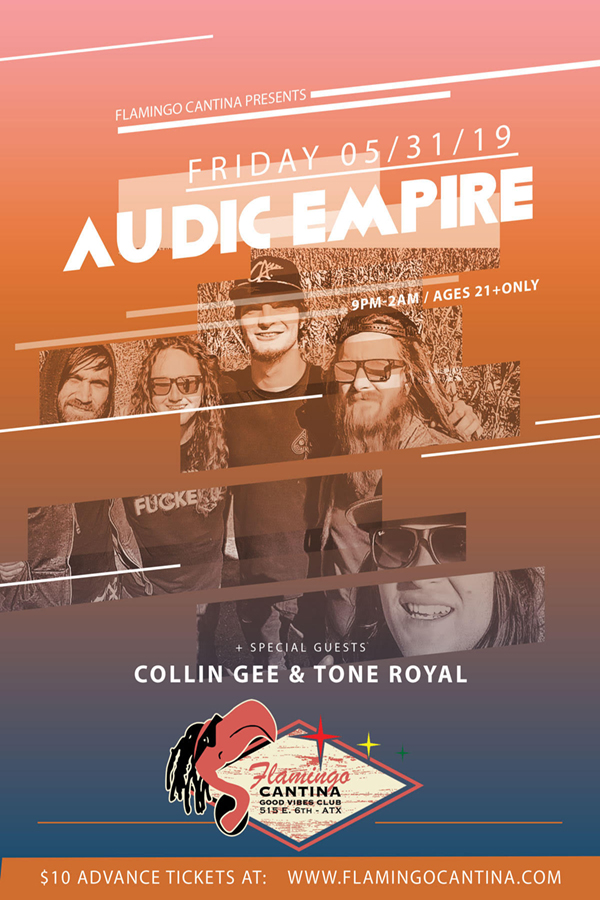 Ages 21+ Only event, 9pm til 2am. Advance tickets available til 6pm day of show, door tickets will be available starting at 9pm. Flamingo Cantina is located downtown at: 515 E. 6th St., Austin, TX 78701

*** Audic Empire is a six-piece band that features impeccable vocals, phenomenally guitar, a rocking Rhythm Section with a hip hop twist. Song writers, Ronnie Bowen and James Tobias. All music has been released independently and Audic Empire has been self-managed since 2015.

Audic Empire has been averaging around four tours a year at 3 to 4 weeks per tour since late 2016. When back home in Austin Texas, they booked one or possibly two shows a month in each Major Market/cities around Texas. They have been featured on various radio stations, online radio, magazines, online magazines, news papers, nominated album of the Year from Electric magazine and band of the year from the Austin and houston chronicle.