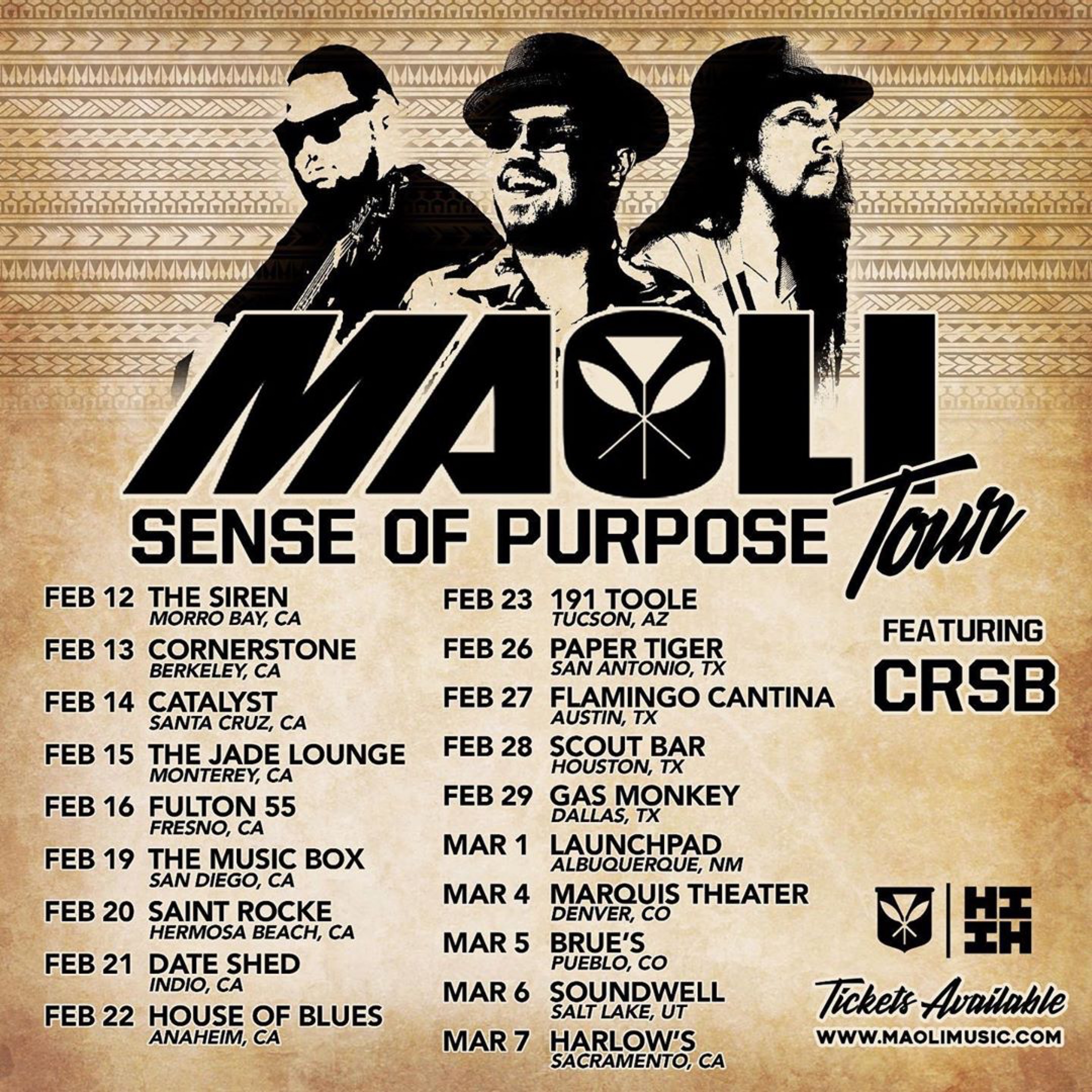 Maoli (meaning “Native” in Hawaiian) started in Maui with Glenn Awong, a 14-year-old with a passion for music, and Kana Akiu-Corpuz. In their sophomore year, the aspiring vocalist and bassist began writing original music at the encouragement of their high school teacher. It was also during this time that Glenn started recording demos of his songs. By the time he reached his senior year, Glenn was ready to share his music with a greater audience.

In 2005, Glenn his band, “No Boundaries”, won a Battle of the Bands competition on the island of Maui. With numerous performances under his belt, Glenn then formed Maoli in 2007 with a new lineup of talented musicians, including bassist, Kana.

Maoli took the islands by storm in 2008 with their debut album entitled, “Groovin,” having one hit after the next. This was the groundbreaking album that first established the group as a premiere Hawaiian Island Reggae recording band.

In 2010, Maoli did it again with their 2nd release, “Rock Easy”, featuring another treasure trove of #1 hits. Their 3rd album entitled “Arise” took to a national and international audience exploring Maoli’s love for various genres of music. Maoli’s road to success continued as they toured the islands and started promoting their very own unique Island sound with the world, starting with a small tour to Australia, their first international show.

Since then, the boys from Maoli started focusing more on sharing their music and passion with a bigger audience. Maoli had the pleasure to share with fans from the east to the west of the United States and an international crowd, including Guam and Australia, growing with fans with each show. Their music went on to play in parts of Europe, such as Germany, Italy and Scotland, Japan and others.

Maoli stayed busy with fan favorite releases such as “Rock Me Sober,” “Sweet Remedy,” and “Sweetest Sound,” original songs penned by the band’s founder and leader, Glenn Awong, as new musical and life influences continue to inspire his writing.