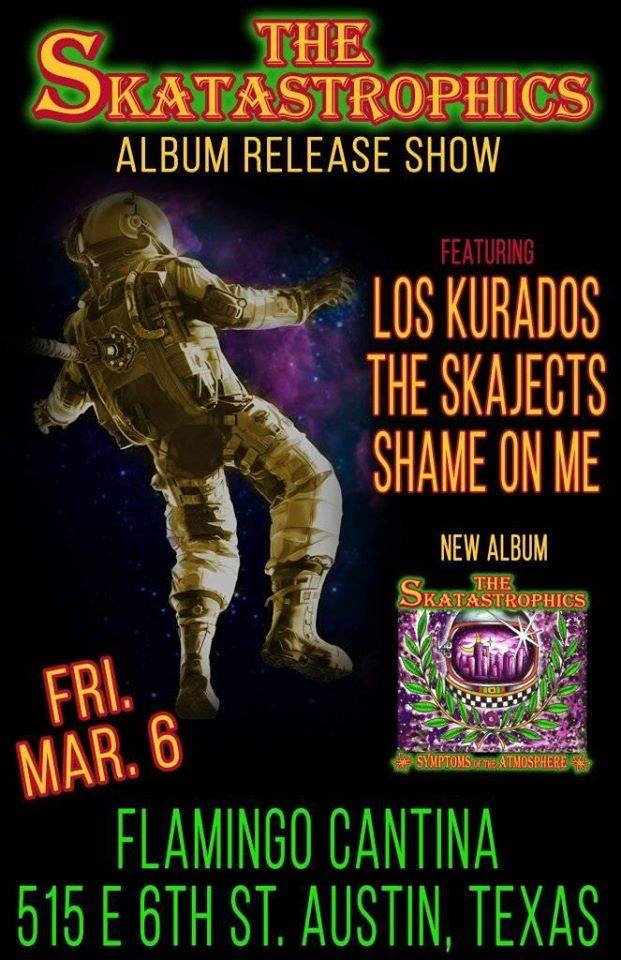 The Skatastrophics are an amalgamation of two Houston ska/punk bands , Always Guilty and Fuska, formed in 2014 when members of both bands wanted to start playing ska and reggae, in more of a traditional form. The band wanted more of a feel good easy going vibe, compared to past projects which were more mosh pit/skank pit friendly. Originally meant to be a side project, it quickly garnered a local fan base that wanted to see more of the Skatastrophics unique style; ska/reggae/rocksteady base combined with soul and tex mex.

In 2015 The Skatastrophics released their first self-titled album, and now on February 15th 2020 are slated to release their second album, “Symptoms of the Atmosphere.” The album was recorded in Houston at King Benny Studios by Jacob Rodriguez and mastered in Riverside, CA by Eddie Casillas, a member of Voodoo Glow Skulls.